Please note that some retailers opening times may vary from those listed above.

Enter Grimsby on either the A180, A46 or A16 then follow the signs for ‘Town Centre’, our two multi-storey car parks; East and West offering over 800 spaces, are accessible from Frederick Ward Way. Postcode: DN31 1ED

Freshney Place is a couple of minutes’ walk from ‘Grimsby Town’ station. A regular rail service operates from all parts of the country directly into Grimsby Town station. For all timetable details telephone 08457 484950 or log on to www.nationalrail.co.uk

Several bus stops are located near Freshney Place Shopping Centre in Grimsby Town Centre. Detailed information on bus travel to Grimsby town centre and surrounding areas can be obtained by contacting Traveline on 0871 200 22 33 or visit
www.traveline.org.uk, Stagecoach or Phone’n’Ride on 01472 324440.

Freshney Place has a taxi drop off and pick up point located in the West Multi Storey Car Park on the ground floor. A bench has been specifically located in the car park near the entrance to the shopping centre for customers to wait for their taxi. You can call Taxi Cabs, Brighowgate Bus Station, Grimsby 01472 343434 or ask one of our staff on our Customer Service Desk on Baxtergate mall who will be happy to order a taxi for you.

Secure cycle stands are located in the West Car Park on the lower ground floor. Cycle racks are also available on Frederick Ward Way outside Friary Walk and around the town centre. The Cycle Hub at Grimsby Town train station offers secure indoor cycle parking, servicing and repairs as well as cycle hire for the whole family. Visit www.grimsbycyclehub.org.uk.

We are delighted to announce we have won national recognition for our environmental campaign, Green Grimsby which took place in 2018. The centre was presented with a Revo Purple Apple award at a glamorous ceremony held in London on May 9 and attended by industry professionals from around the country.

The inspiration for Green Grimsby came from Grimsby’s reputation as the renewable energy capital of England and a desire to celebrate the town’s achievements in this field. The initiative aimed to drive greater awareness of environmental concerns, including sustainability and a greener approach to living, engaging with the people of Grimsby via a series of events, survey pre and post the campaign and partnerships with local businesses.

We succeeded despite the competition which included large shopping centres from around the country and was commended for the campaigns ‘creativity…in the development of wider community partnerships’ and for its “fresh creative approach which combined educational and interactive elements.”

A number of educational and informative events were hosted at the Freshney Place during 2018 and all shared an environmental theme. The campaign engaged with numerous groups, organisations and stakeholders including those in education, the council and businesses.

The Revo Purple Apple Marketing Awards are the only awards which recognise and reward effective retail destination marketing within the UK retail property sector. 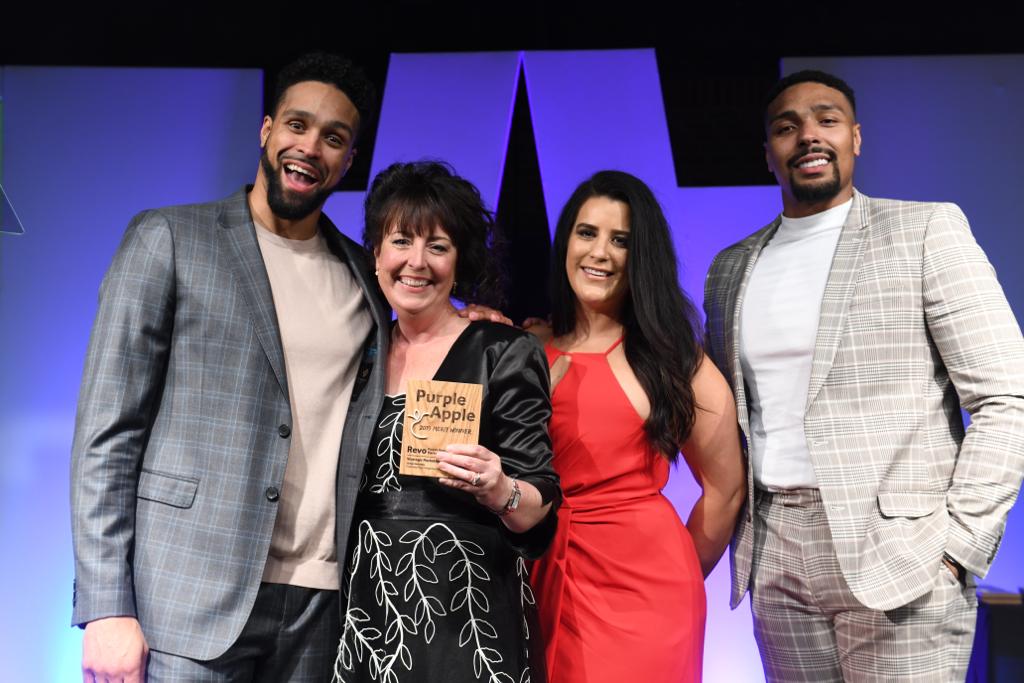